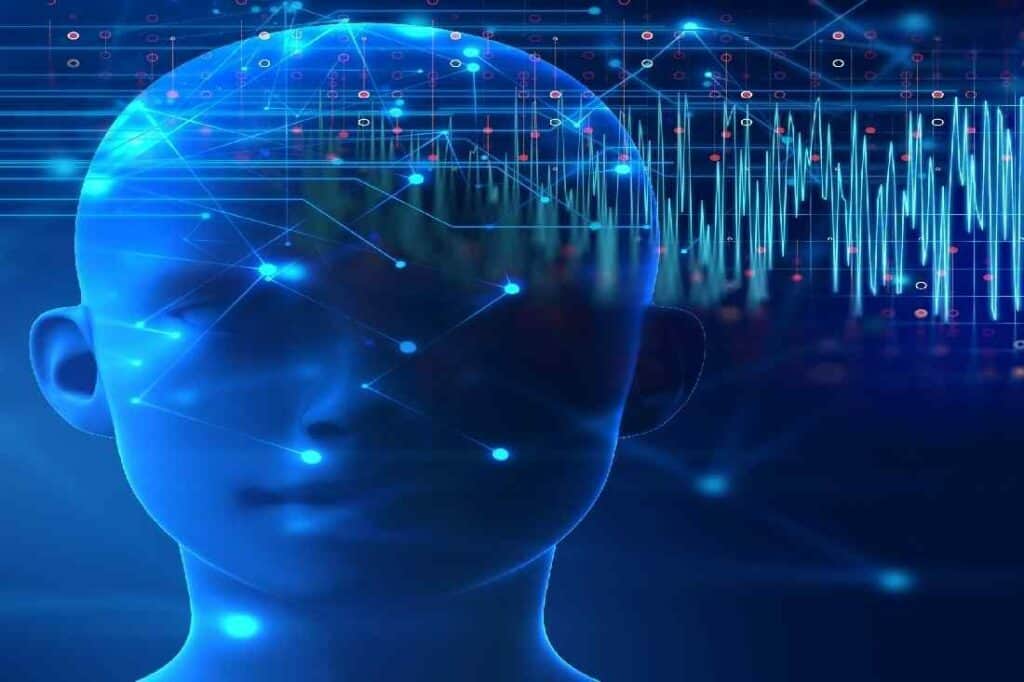 It is a well-known fact – the human brain is an electrochemical organ. Many research works clearly prove that the fully functional brain can produce around 10 watts of electrical power. Surprising, but not so shocking.

There are various investigators (conservative ones) who state that if all the ten billion interconnected nerve cells discharge at one time, then the single electrode that is present on the human scalp would record around five millionths to around 50 millionths of the volt.

Now if you have enough scalps hooked, then you can somewhat light a flashlight or bulb. Of course, this so-called electrical power is limited, but it does happen in a certain particular manner, and this is the characteristic of the human brain.

Here the electrical activity that emanates from the brain is shown in the form of the brainwaves. Furthermore, the beta waves are the strongest characteristic of the engaged mind. It means that any person that is in active conversation would be the perfect example of the beta. For example, a debater can be the perfect example of a high beta. Also, an individual that is making a speech or any teacher or talk show host can be the classical example of the so-called beta wave, when these people are engaging in work.

Just think of the brainwaves as the electrical impulses present in the brain. Individual behaviour, emotions, and thoughts get communicated among neurons, and that is the one within our brain.

Keep in mind that all the brainwaves are created by the synchronized electrical pulses that are developed from the masses of the neurons communicating with each other. Do you know that our brainwaves happen at many frequencies?

Here some of them would be fast while others would be slow. The classic names of such EEG bands are called as theta, delta, alpha, beta, and gamma. These are commonly measured in cycles per second or even in Hz (hertz).

Frankly, the brain scan procedures would reveal and even measure the four major kinds of brain waves that patients are experiencing. Such information can be used for uncovering various unhealthy patterns. These are the ones that can be causing anything right from fatigue to lack of sleep.

Basically, delta brainwaves are the slowest and the highest amplitude brain waves. These are what we would be experiencing when we sleep. Generally, there are many levels of awareness. These are associated with dominant brainwave states.

The next one is theta brainwaves which represent a daydreamy, spacey state of mind that is associated with mental inefficiency. When these are at very slow levels, the theta brain wave activity is somewhat in a very relaxed state. These show the twilight zone between waking and sleep.

Regarding the alpha brainwaves, these are slower and larger. Now, these are associated with a state of relaxation and represent the brain shifting into an idling gear, waiting to respond when needed. For example, if we close our eyes and begin picturing something peaceful, there is an increase in alpha brainwaves.

The beta brainwaves are very small and faster. These are associated with a state of mental, intellectual activity and outwardly focused concentration. This can be said as the state of alertness.

Brainwaves are identified through the electrical patterns made by them and their frequency. Each kind indicates a different state, from the dreamy, relaxed Delta to the snappy, active Beta waves. Each of these types is described below:

A Detailed Analysis of Brainwaves

As the brain gets aroused and actively engaged in any kind of mental activity, it would lead to the creation of brain waves. Such beta waves are of relatively less amplitude and are the quickest among the various brainwaves.

The frequency of beta waves can be ranging from 15 to 40 cycles per second. Do you know that Beta waves are the major characteristics of a strongly engaged mind? Any individual in the active conversation would be in the beta stage. For example, a debater would be a perfect example of a high beta. That means any person making a speech, or a teacher, or a talk show host would all be in beta when they are engaging in their work.

Well, the next brainwave category in terms of frequency would be alpha. Here beta represented arousal, alpha represents non-arousal. Frankly, Alpha brainwaves are slower, and higher in terms of amplitude. Their frequency can range from 9 to 14 cycles per second. Any person who has completed a certain task and sits down to rest is often said to be in the alpha state. A person who takes time out to reflect or meditate is usually in the alpha state. A person who takes a break from a conference and walks in the garden is often in an alpha state.

The next stage of the brainwaves would be the theta. These are of larger amplitude and very less frequency. This frequency would range normally between 5 and 8 cycles per second. Any person that has taken time off from any task and starts to daydream is often in the theta brainwave state. Well, in the same way, the person that is driving on the freeway, and discovers that they can’t recall the last five miles, is often in the so-called theta state. Now, this can be induced by the process of freeway driving. The repetitious nature of that form of driving compared to a country road can differentiate from theta state and a beta state to perform the driving task safely.

Individuals who do a lot of freeways driving often get good ideas during those periods when they are in theta. Individuals who run outdoors often are in a state of mental relaxation that is slower than alpha and when in theta, they are prone to a flow of ideas. This can also occur in the shower or tub or even while shaving or brushing your hair. It is a state where tasks become so automatic that you can mentally disengage from them. The ideation that can take place during the theta state is often free flow and occurs without censorship or guilt. It is typically a very positive mental state.

Finally, the last brainwave state would be the delta. Here the brainwaves are of the greatest amplitude and slowest frequency. They can typically be the centre and around the range of 1.5 to 4 cycles per second. They would never go down to zero as that can mean that you are brain dead. However, a deep dreamless kind of sleep can take you down to the lowest frequency. Typically, 2 to 3 cycles a second.

When we go to bed and read for a few minutes before attempting sleep, we are likely to be in the lowest beta. When we put the book down, turn off the lights and close our eyes, our brainwaves will descend from beta to alpha, to theta, and finally, when we fall asleep, to the delta.

What You Can Know About Neurofeedback and Brainwaves?

As you are trying to focus and doing any tasks, however, you can feel tired and even fatigued. Sometimes there are chances you can become foggy. Well, that can be as you are going through the wrong kind of brainwaves, especially for the tasks that you have at hand.

Basically, whenever you are studying, thinking, and working, you are going through measurable beta brainwaves.

If you are instead experiencing Theta or Alpha waves, your brain would require to be redirected or retrained, resulting in better focus. We use neurofeedback to reset any brainwave patterns that are misaligned, resulting in healthier patterns and better results for you.

Your brainwaves even matter during sleep. Several of the more restful brainwave patterns exist when you are preparing to sleep and sleeping. If you are unable to enter a restorative, deeply resting state, you will never feel rested, and you’ll simply feel unwell. Taking a sedative can help you physically feel tired enough to sleep, but it won’t solve the problem. With Neurofeedback, your brain can be retrained, and you’ll end up able to get quality sleep, without medication or other interventions.

Persons with ADHD, learning disabilities, head injuries, stroke, Tourette’s syndrome, epilepsy, including chronic fatigue syndrome and fibromyalgia tend to have excessive slow waves (usually theta and sometimes excess alpha) present. When an excessive amount of slow waves is present in the executive (frontal) parts of the brain, it becomes difficult to control attention, behaviour, and/or emotions.

Such persons generally have problems with concentration, memory, controlling their impulses and moods, or hyperactivity. They can’t focus very well, and exhibit diminished intellectual efficiency. Ordinarily, we won’t be able to influence brainwave patterns. This is since we don’t have any awareness regarding them.

As you can see your brainwaves on the computer screen, which can be a few thousandths of a second after they happen, it can provide you with the ability for influencing and modifying them. At first, the changes are short-lived, but the changes gradually become more enduring with continuing feedback, coaching, and practice. Neurofeedback offers additional opportunities for rehabilitation through directly retraining the brain. The exciting thing is that even when a problem is biological in nature, we now have another treatment alternative than just medication.

The brain is very active during sleep, and each stage of sleep is characterized by the brain waves that accompany it.

Stage 1: In this stage, alpha waves are replaced by theta waves as one transition from relaxation to sleep. Sleep is light and easily disturbed.

Stages 3 and 4: These stages are very similar in that both are forms of deep sleep. Brain activity slows down as delta waves occur. These are the stages during which sleepwalking, and nightmares occur.

Stage 5 (REM): During the rapid eye movement (REM) stage, the muscles become temporarily paralyzed, and the eyes move quickly. Dreaming also occurs during this stage. The pattern of brain waves is like that in stages 1 and 2, although the sleeper is in a deeper state of sleep.

Now multiple researchers on the human brain show that one can easily understand human nature. The four brain waves are the clear methods for people to understand how they can elevate their moods and get a good sleep at night.

Hence, such a pattern of the brain wave would be a great research work for people interested in understanding how humans react to certain situations. 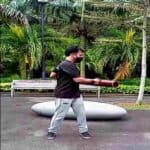 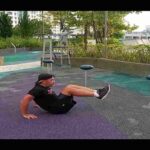 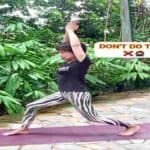 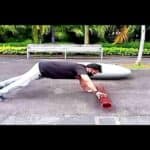 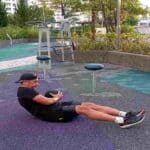 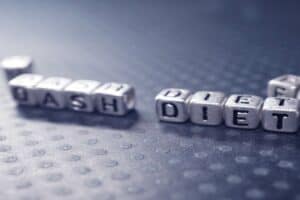 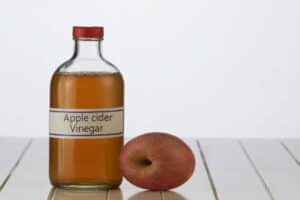 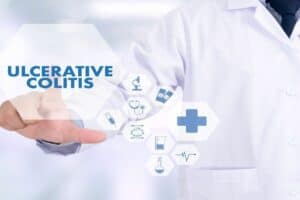