As and when you think of sugar, there are a couple of things that come to your mind. Well, one would be brown sugar and another one would be white sugar. However, as these are some of the common and widely kind of options that can be seen in most of the sugar canisters and pantries, there are other major types of sugar that are used in baking and cooking.

Have you ever heard about muscovado? Well, this is commonly used for your baked goods as the natural butterscotch flavour. The powdered-based sugar would easily dissolve into the liquid form and that is something that makes sugar ideal for all kinds of icing.

ALL SUGARS HAVE SOMETHING COMMON

Now keep in mind that all sugars would have something in common. They are created by extracting sugar juice from sugarcane plants or sugar beet. However, from these many kinds of sugars are created, and some of them provide a crunchy, sweet-based texture to bread and even there are others that are present in the molasses-forward and would go great with barbecue sauces.

WHAT EXACTLY IS A SUGAR?

To put it in simple terms, sugar is just a kind of carbohydrate and has hydrogen, carbon, and oxygen molecules. As you consume carbohydrates, they get digested and would easily get broken down into glucose. This would serve as the major and necessary energy source for your human cells all around the body, and even including the central nervous system and brain.

WHAT ARE VARIOUS KINDS OF SUGAR?

When it concerns carbohydrates, they are available in two major forms – complex and simple. The major difference among them is the fact of how quickly they are absorbed and digested, and that is based on the chemical structure they have.

COMMONLY TYPES OF SUGAR PEOPLE ARE AWARE OF

There are four major kinds of simple sugar that people have knowledge about. They are glucose, fructose (also known as fruit sugar), sucrose (called table sugar), lactose (called dairy sugar). Most importantly, these four kinds of sugars would be further categorized as natural-based sugar and added type sugar.

Whenever we think of sugar, the major vision that comes is the Halloween candy or the Big Gulps. The sugar that is present in candy and most of the sugar-based drinks are added sugar. Those kinds of sugar are added to beverages and foods for enhancing colour, flavour, texture, and even shelf life. Most importantly, such a kind of sugar would add a huge amount of calories but has no special nutritious value, and that is why it is commonly called an empty calorie. While consuming added sugar in moderation is good, but people end up consuming more than what they must eat.

Studies show that the top source of any added sugar is present in fruit drinks, soda, cookies, cereals, candy, cakes, and various kinds of processed food items. An average adult would be consuming around 77 grams of added sugar each day. That means the excessive consumption of the added sugar would end up in chronic spikes of one’s blood sugar, increasing the risk of many chronic diseases and weight gain.

Frankly, not all types of sugar are added to one’s food. Natural sugars are most commonly present in foodstuffs like milk, fruits, etc. Even though sugar won’t provide that kind of benefits, still it is a huge part of the whole nutrition package like minerals, vitamins, and even antioxidants.

WHAT IS FERMENTATION SUGAR?

The enzyme saturation could be explained in very simple terms. A molecule like glucose is very much small compared to a typical enzyme. That means the enzymes are just simple proteins having large molar masses that are typically greater than 100,000 g/mol.

This means that there are many more glucose molecules in the reaction mixture compared to the enzyme molecules. The huge molecular ratio of sugar to enzyme clearly means that every enzyme site is occupied by a sugar molecule.

Hence, either doubling or halving the sugar concentration won’t lead to a significant difference in the initial rate of the reaction. On the other hand, doubling the concentration of the enzyme can double the rate of reaction since you are doubling the number of enzyme sites.

Oligosaccharides are normal carbohydrates that contain between 3 and 10 single sugar residues. These are not relatively abundant in the diet when compared to other commonly used carbohydrates like those in the disaccharide category.

Basically, the most common oligosaccharides contain raffinose, stachyose, and verbascose. Such oligosaccharides would be found in huge and many levels in legumes, whole grains, some cruciferous vegetables, and some fruits. Human beings don’t have the ability to properly digest these carbohydrates as we don’t have the digestive enzyme ⍺-galactosidase.

That means oligosaccharides are not hydrolysed and are instead passed undigested into the lower gut. Now here, the oligosaccharides would get fermented and metabolized by anaerobic bacteria. This so-called metabolic process cannot result in digestive discomfort or any kind of adverse symptoms for all people that consume it. Frankly, it has been associated with undesirable results such as abdominal cramping and excessive flatulence.

Disaccharides are sugars or carbohydrates that are created by linking two monosaccharides. Well, this would occur through a dehydration reaction and a molecule of water is removed for each linkage.

Here the glycosidic bond would form among any hydroxyl group on the monosaccharide, so even if the two subunits are of the same sugar, there would be various combinations of bonds and stereochemistry, producing disaccharides with unique properties. Based on the component sugars, disaccharides could be sweet, sticky, water-soluble, or crystalline. You can find the disaccharides in natural and artificial forms.

The word Monosaccharides comes from the Greek word – sacchar, single, or sugar. This is also called simple sugar. They are the simplest form of sugar and even can be the most basic units or monomers of carbohydrates. Frankly, the common formula is CnH 2nO n, or [Cn(H2O)n] or { CH2O}n albeit not all molecules fitting this formula (e.g. acetic acid) are carbohydrates.

Furthermore, they are usually colourless, water-soluble, and crystalline solids. Contrary to their name called sugars, only some monosaccharides have a sweet taste.

Each of the carbon atoms supporting the hydroxyl group is chiral, except those at the end of the chain. This would give rise to a lot of isomeric forms, all having the same type of chemical formula. For instance, galactose and glucose are both aldohexoses, however, they would be having different physical structures and chemical properties.

Keep in mind that the monosaccharide glucose would play a pivotal role in metabolism, especially where the chemical energy can be extracted through glycolysis and the citric acid cycle would end up providing energy to living organisms.

Polyols are also called sugar-free sweeteners. The polyols are carbohydrates however, they are not sugars. Another aspect is that they are used cup-for-cup which is volume-for-volume in the same amount as sugar is used. There are many kinds of polyols, including erythritol, hydrogenated starch hydrolysates which are sometimes listed as maltitol syrup, hydrogenated glucose syrup, polyglycitol syrup, polyglycerol, or simply “HSH”, isomalt, lactitol, maltitol, mannitol, sorbitol, and xylitol.

If you check, polyols are commonly found and naturally in a variety of fruits, vegetables, and plants. Given that polyols are not fully absorbed and metabolized by the body, they have fewer calories than sugar.

Polyols are ubiquitous sugar alcohols that are formed by the reduction of aldoses and ketoses during intermediary carbohydrate metabolism. Myo-Inositol is commonly involved in signal transduction when released from phospholipids as inositol-1,4,5-triphosphate, and mannitol and sorbitol are organic osmolytes. Here the function of other polyols in mammalian tissues is otherwise unknown, even though studies have gone to substantial lengths to quantify them in normal human plasma and CSF.

Polyols can be used in bakery products due to their specific properties, which are lacking in many other bulk sweeteners. The sugar alcohols contribute to softness and storage capacity. They also regulate moisture, taste, and sweetness. A combination of polyols or a polyol combined with another sweetener is preferred. If browning is too light, the baking temperature can be raised, or a small amount of fructose can be added.

The baking industry uses crystalline sorbitol and sorbitol solutions in products for special dietary use. It is also employed as a humectant to extend the shelf life of baked goods. The stability of baked products can be improved by partial substitution of sucrose by sorbitol, for example, in cakes.

CALCULATING THE AMOUNT OF SUGAR ON FOOD LABELS

Recently, FDA did a huge update on the traditional nutrition facts label boxes that are present on foods and beverages. The major change that was made was in terms of the total sugar as well as added sugar.

Many dairy products, like yogurt, for example, contain natural sugars but often have significant amounts of added caloric sweeteners incorporated for flavour. If you want to calculate the number of natural sugars in a food or beverage, simply subtract the added sugar number from the total sugar value. Remember that the ingredients list on any food panel goes by weight. If a food list added sugar as the first ingredient, it’s likely to have poor nutritional value and may be calorically dense.

When it concerns healthier sources of added sugar like coconut and honey, the choices are better to go for a huge nutritional advantage compared to the table sugar. Well, the table sugar has only small amounts of minerals and vitamins. 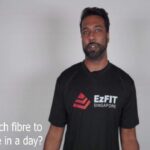 How much fibre to consume in a day? 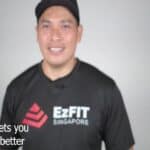 Sports Gets you to sleep Better 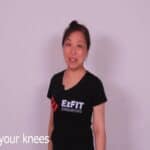 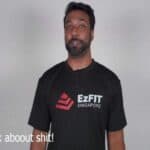 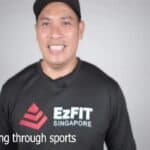 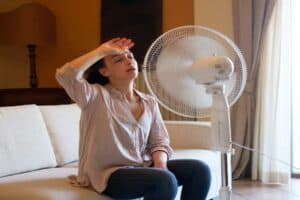 Is Sweating Good for You? Experts Weigh In

Is Sweating Good for You? Experts Weigh In Whenever people think of sweating, hot and sticky are the only words that come 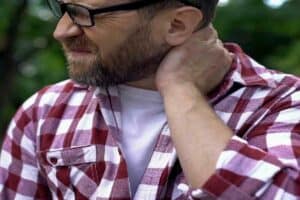 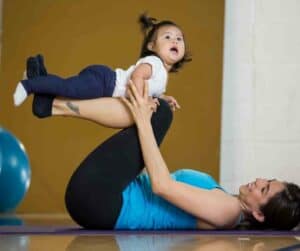 3 ISSUES FOR POSTPARTUM EXERCISERS For the past many years, many research and studies have clearly shown the major benefits that are