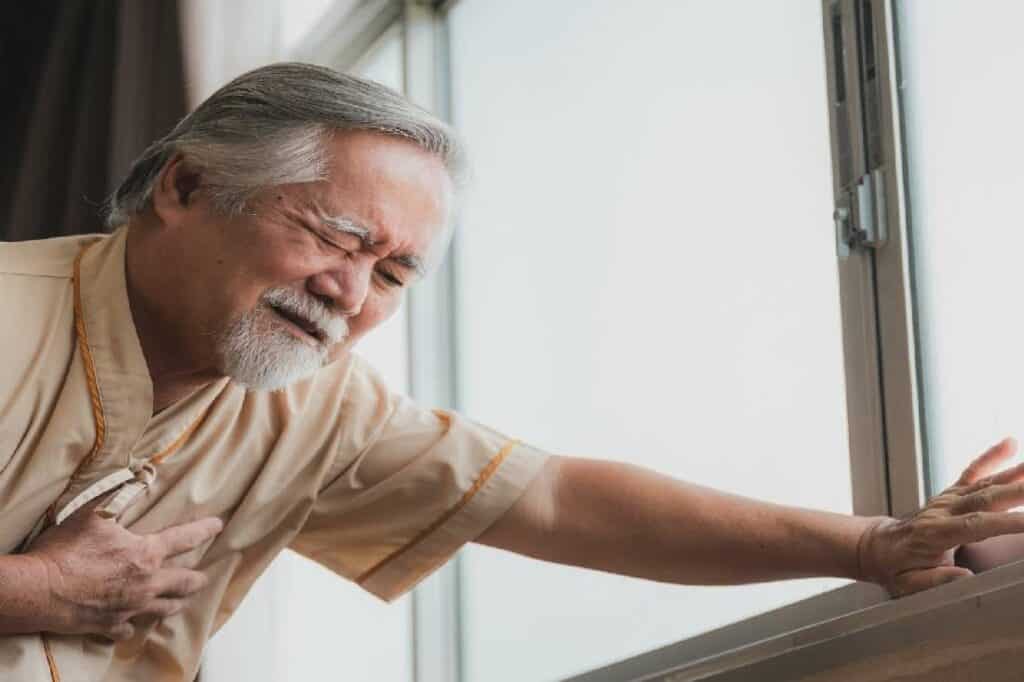 Obese, overweight, or belly fat: none of this is good for your health. Whether it’s insulin resistance or an increased risk of heart disease, extra inches around the waist are always a problem. According to new research, every extra centimetre at your waist increases your risk of heart failure by 11%, which is why experts are emphasizing the need to avoid belly fat more than just weight loss.

Recently a study showed that people with the largest waists were 3.21 times more likely to have a heart attack compared to the thinnest people. The study also showed that the fattest people had a 2.65 times greater risk of heart problems. Researchers also confirmed the amount of trunk fat, which is most important for monitoring cardiovascular disease risk.

WHAT IS HEART FAILURE?

Heart failure is a chronic, incurable disease that can get worse over time. It is recommended to monitor the waist. Ideally, an adult’s waist should be less than half their size. Excessive fat storage around the waist leads to insulin resistance, inflammation, and increased production of triglycerides, increasing the odds to suffer from cardiac dysfunction. Well, that’s something we already know, but what the researchers did is back it up with a large dataset.

WHAT ROLE DO DIET AND EXERCISE PLAY?

It’s not just about fatty foods. The doctors blamed the excessive amount of high carbohydrate intake for all the problems. We eat a lot of carbohydrates, so any excess is converted into triglycerides.

Triglycerides are something that shouldn’t be in our system. Our eating habits not only predispose us to heart disease but also lead to stroke. In addition to cutting back on carbohydrates, doctors suggest people exercise at least 150 minutes a week to keep their hearts healthy. There are even studies showing that weekend athletes (those who get in their 150 minutes on the weekend due to a busy weekday schedule) are just as healthy.

HAVE SOME DUCT TAPE HANDY FOR THE BATHROOM

Researchers found that people with the largest waists were 3.21 times more likely to suffer from heart failure. In comparison, those in the group with the highest quintile for BMI had a 2.65-fold greater risk of heart failure than those in the lowest group. Ideally, you should have a half-height piece of tape handy somewhere in the bathroom.

If it fits comfortably around your bare waist, you are in a “healthy” weight range. If not, seriously consider cutting down on those sugary snacks that likely caused you a spare stomach and you’ll greatly reduce your risk of heart problems. Heart failure is a condition in which the heart doesn’t pump blood as efficiently as it should. This can be caused by coronary artery disease, high blood pressure, or previous heart attacks.

Experts recommend during regular doctor visits to consider both abdominal measurement and BMI as this could put people at a higher risk of heart disease even at a healthy weight. Abdominal obesity is also related to the accumulation of fat around the liver. This often leads to non-alcoholic fatty liver disease, which increases the risk of cardiovascular disease. About 3 billion people worldwide are overweight or obese. The “obesity epidemic is a major contributor” to many chronic diseases and cases of cardiovascular disease around the world.

Obesity is associated with an increased risk of disease of coronary arteries and death from cardiovascular diseases. It contributes to high cholesterol, type 2 diabetes, high blood pressure, and sleep disorders. Some people whose BMI classifies them as obese but who have little abdominal fat have a lower risk of heart problems.

Achieving the federal guidelines of 150 minutes of physical activity per week may be enough to reduce belly fat, as per analysis, with no additional losses from prolonged activity. In some cases, exercise alone or in combination with dietary changes has been shown to reduce abdominal obesity without weight loss.

Weight loss through lifestyle changes improves blood sugar levels, blood pressure, and triglycerides. and cholesterol levels, and a group of factors that the new version calls metabolic syndrome. It also reduces inflammation, improves blood vessel function, and helps with non-alcoholic fatty liver disease. Intense weight loss can help slow atrial fibrillation, a shaky or irregular heartbeat, and other heart-related ailments. Many studies clearly show that obesity may account for one in five cases.

The new scientific opinion evaluated research leading to the control and treatment of obesity, particularly abdominal obesity. Experts concluded that calorie restriction and aerobic exercise are most beneficial. Bariatric surgery for weight loss has been shown to reduce the risk of coronary artery disease better than nonsurgical weight loss. This may be due to the increased weight loss achieved by the surgery and the resulting metabolic changes that are typical after bariatric surgery.

The statement also addresses the so-called “obesity paradox”. In other words, while being overweight and obese are strong risk factors for cardiovascular disease, in the short term they don’t always mean patients have a worse chance of surviving. The analysis concludes that this may be because people classified as overweight or obese are often screened for the cardiovascular disease earlier than those of a healthy weight, allowing them to be diagnosed and treated earlier.

Researchers divided participants into quintiles (five groups) in each domain (BMI, waist circumference, and waist-to-hip ratio) from highest to lowest, whose number (among participants) was average would be in the middle quintile.

During nearly 13 years of follow-up, there was 8,669 first-time heart failure (HF) cases: 5,205 in males and 3,464 in females. Every extra inch above a healthy waist size was associated with a higher risk of having a cardiac event, such as a heart attack, stroke, or irregular heartbeat.

An estimated 6.2 million people in the United States have heart failure, contributing to 1 in 8 deaths, according to the Centres for Disease Control and Prevention (CDC). When a person has heart failure, the heart cannot pump enough blood to meet the body’s blood and oxygen needs, according to the American Heart Association (AHA). The heart tries to compensate in different ways: it gets bigger, builds more muscle mass, and pumps faster. The rest of the body also tries to make up for the deficit by diverting blood away from less important tissues and organs, and blood vessels constrict to keep blood pressure high, according to the AHA.

Something the study didn’t really address is that portion of the population that has a larger abdomen or waist circumference but still has a normal weight according to BMI, which is known as normal-weight obesity. The evidence suggests that these people are at even greater risk of death [general] and deaths. If a person has a normal BMI but an elevated waist measurement of, they probably don’t have enough muscle mass. Muscles are important for several reasons. They play an important protective role and support the heart, and they are critical to metabolic health and energy burning. Unfortunately, many normal-weight overweight people are unaware that they are at risk; they consider themselves healthy and do not feel compelled to lose weight or exercise.

Trying to raise awareness has been going on but they are just overlooked for decades. Most importantly, it’s a risky combination for heart health.

The only way to accurately measure harmful abdominal fat is through advanced imaging techniques such as CT scans or MRIs. However, you can get a rough idea of ​​how much belly fat you have with a simple waist measurement. To do this, place a tape measure just above your hip bone and wrap it around your body. Exhale, then check the measurement.

The good news is that you may be able to control your belly fat. It won’t surprise you to learn that it starts with a healthy lifestyle consisting of proper nutrition and regular exercise. Any intervention that leads to sustained weight loss will reduce belly fat, but regular exercise reduces belly fat proportionately more than overall weight, according to recent studies done by various famous scientists and doctors. These results show that exercise is a key weapon in the fight against belly fat. More encouragingly, interventions that reduce belly fat reduce the risk of heart disease and diabetes.

Here are some tips:

In addition to redistributing fat, exercise builds lean muscle mass. As a result, a person’s BMI may not change, but there is still a health benefit.

In addition to being overweight or obese, the following conditions put you at greater risk for heart disease and other conditions:

HOW TO REDUCE YOUR WAIST NATURALLY?

Looking at the big picture, researchers say that losing 10 percent of your body weight could be enough to produce the effect. For some, that can mean losing 15 or 20 pounds. But even those who can’t lose as much weight can benefit from smaller amounts of sustained weight loss. Losing around 20 pounds can seem daunting. Even a small amount of weight loss can have cardiovascular benefits.

It is important to know that you can choose achievable goals and gradually work towards them. Even small amounts of weight loss appear to improve metabolic function and high blood pressure, as well as improve the heart’s pumping and relaxing, while also thinning heart tissue and blood vessel walls. Cholesterol and triglyceride levels usually improve as well.

You have one body, one life. How far will your body take you through your busy life and hectic schedule before you end up in your cardiologist’s office (or worse) and with a list of medications that grows year after year?

Hence, slow down, take a break, and plan what’s a priority for you and your body to stay healthy. Plan and don’t do it alone. Talk to your doctor, nutritionist, health coach, or other professionals who can help you create a plan. Then sharing your plan with someone; helps you be more responsible for your goals. 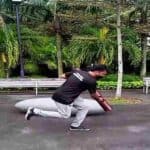 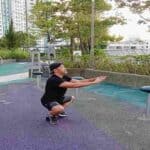 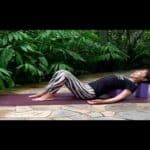 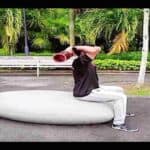 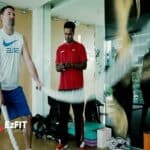 Getting healthier and fitter in 2023?

December 29, 2022
PrevPrevious5 HEALTH RISKS WOMEN FACE AFTER MENOPAUSE
NextHOW MANY DAYS A WEEK SHOULD YOU WORK OUT? HERE’S WHAT TRAINERS SAYNext 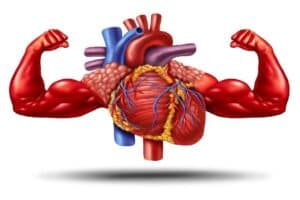 Not many people know that your heart is a muscle. Just like other muscles present in your body, it needs constant care 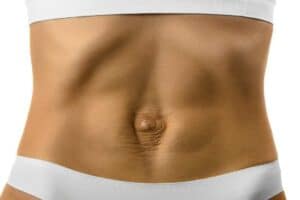 Diastasis recti is the partial or complete separation of the rectus abdominis, or “six packs,” muscles that meet in the midline of 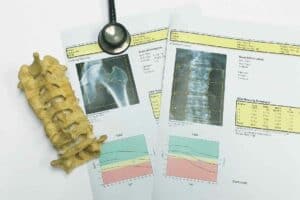 What Does Bone Density Mean?

It might be surprising but not many know. Well, if facts and medical research are true, then you might find it hard