How Does Exercise Help in Your Immune System? 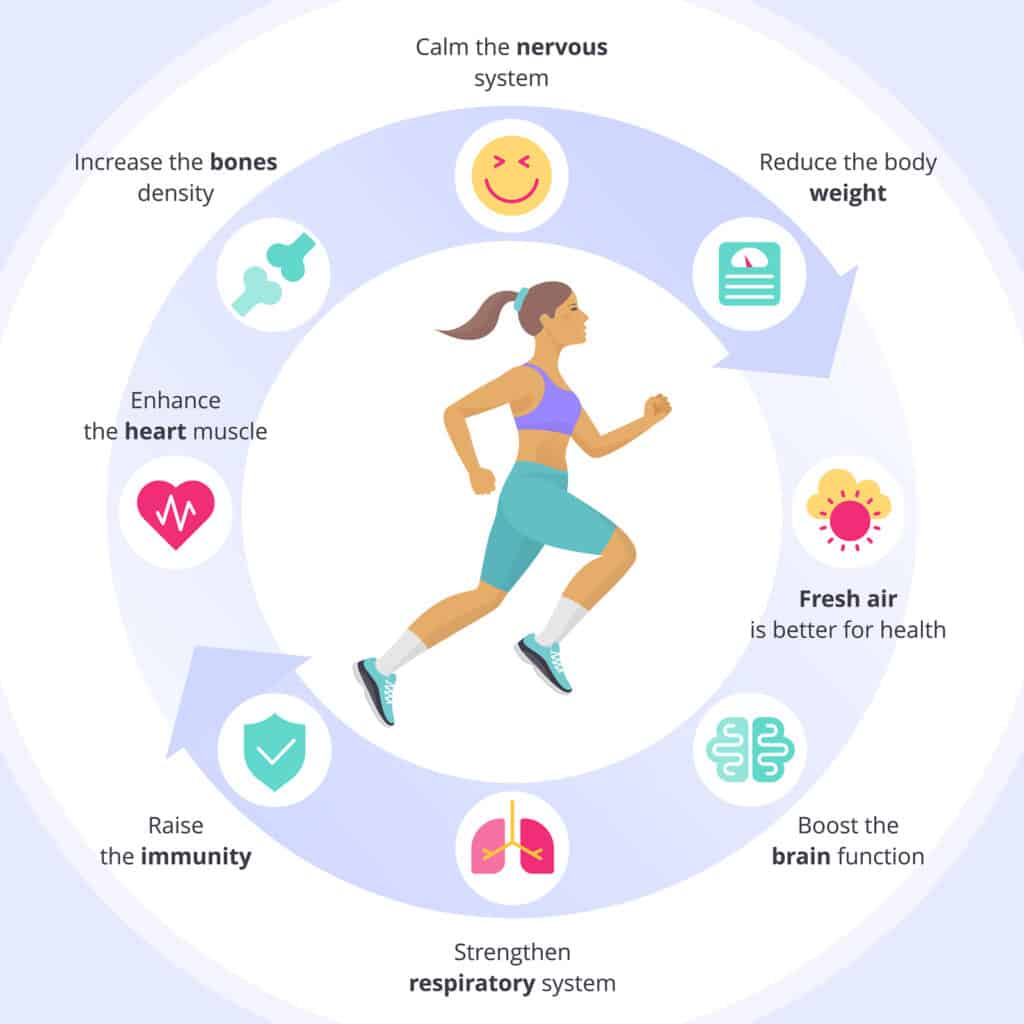 How Does Exercise Help in Your Immune System?

However, sometimes it may fail. A germ will invade your body and you end up being sick. Can you make improvements to your diet to make your immune system to make it better? Would taking certain herbal medicines or vitamins help you? Can making lifestyle changes help in developing a near-to-perfect immune system?

All these questions have a single answer. Just read through and find out.

Now the idea to boost your immunity is enticing. However, the ability to do so has proved to be elusive and that too for various reasons. Well, just like the name suggests, your immune system is precisely a system, not a single entity. For it to function well, it needs harmony and balance.

Currently, there are a lot of things researchers aren’t aware about interconnectedness and intricacies related to the immune response. Most importantly, there is clear and proper scientific theory to support the direct links among a good immune function and lifestyle.

However, it doesn’t mean that your lifestyle won’t affect your immune system. There are research works done and some going on exploring the effects of exercise, diet, psychological stress and age on the immune system, both in humans as well as animals.

In the meantime, general healthy-living methods are the best way for providing your immune system with an upper hand.

Interrelation of Your Age and Immune System

As we begin to age, the capability of our immune response gets reduced. This will lead to more infections and sometimes to cancer. Also, with the increase in life expectancy of people living in developed countries, there have been incidences of age-related conditions.

Now some people might age healthily but the conclusion of various research works shows that compared to younger individuals, the elderly are more prone to contracting infectious diseases. Also, they are most likely going to die from them. Influenza, respiratory infection, and even pneumonia are major causes of death among people over the age of 65 all over the world.

Why do these occur? Well, no one knows however, certain scientists feel that this increased risk is due to the decrease in the T cells. This might be due to the thymus atrophying with age and the production of fewer T cells that fight against infections.

Now whether the decrease in the thymus function is the reason for the drop in T cells or if other changes played a huge role without fully understanding, others are primarily interested in whether the bone marrow is less effective in producing the required stem cells that might raise the immune system’s cells.

It is still not clear based on certain researches that show a drop in the thymus function might lead to the drop in the T cells or the lack of proper response of the immune system to infections visible in older patients above the age 65.

However, irrespective of the reduction in efficacy, vaccinations taken for influenza and S. pneumonia have lowered the rates of death and sickness among older people compared to those who haven’t taken vaccinations.

Increasing Your Body’s Immunity in A Healthy Way

If you check out, many of the products lying on the store shelves claim to support or boost immunity. However, the concept involved in boosting your immunity makes little sense scientifically. Basically, boosting the number of cells present in your body i.e. the immune cells or others is not a good thing.

For example, sports people or athletes engaged in blood doping which pumps blood into the system for boosting the number of blood cells and enhancing performance, have the risk of getting stroke.

Trying to boost the immune system’s cells is quite complicated as there are various kinds of cells present in your immune system. Also, they respond to various microbes in different ways. Hence you might not know which cells can boost and in what number? Surprisingly, even scientists don’t know the answer.

The only thing that one can confirm is that the human body will continuously create immune cells. It will produce a lot of lymphocytes than it can use. Here the extra cells get terminated by themselves through the natural process of cell death which is apoptosis. Frankly, no one knows the exact count of the cells or what is the best mix of cells the immune system requires to function at the best level.

The first line of defense you have is to select is a healthy lifestyle. For that, you must follow a good guideline which can help you to keep your immune system healthy and strong.

How Is the Immune System of Your Body Affected By Exercise?

Physical activities can indeed strengthen the immune system; still, an excess dosage of exercises can be harmful. One thing you must keep in mind is that the immune system reacts to exercise both immediately and for the long term.

Based on the intensity and duration of your workout as well as recovery phases, your body will either find or lose its balance. Too often you might push your individual limits without taking the required amount of rest and recovery in between. This might end up weakening your immune system.

Exercising Your Immune System (In 20 Minutes)

When it comes to exercising, you might feel that giving your best at every time you work out is what it takes to get the required results but as per some latest research works, you don’t need to do that. All you really require is 20 minutes of some good exercise.

Now, this might sound more like a warm-up rather than a workout. However, you might be surprised to know that recent research done by a university in California found out that doing as little as 20 minutes of exercising will have an anti-inflammatory effect that boosts your immune system.

Comparing both the samples, it showed that exercising caused a five percent decrease in the number of immune cells that produce cytokine or protein called TNF. So, why is this important? Well, exercising activates the sympathetic nervous system, which is a pathway that increases the blood pressure, heart rate, and even breathing rate.

Hence, when this occurs, the hormones norepinephrine and epinephrine are released into the bloodstream. They activate the cellular reaction, suppressing the cytokines which include TNF.

No doubt, TNF has some best qualities like killing cancer cells, boosting the immune system, etc. Even though inflammation is an important part of our immune system, still too much of it will lead to autoimmune diseases like multiple sclerosis and arthritis as well as fibromyalgia.

Doing moderate exercises provides a whole lot of benefits to your health like controlling diabetes and hypertension, avoiding Alzheimer’s, slowing the aging process, and reducing anxiety. Most doctors and physicians feel that individuals doing moderate exercises on a regular basis will increase their lifespan to about 10 years. They feel and support the fact that exercise is the best medicine for all kinds of diseases one can think of.

Do you know what the best part of exercising is? Well, light to moderate exercises would be as simple as taking the stairs rather than going by elevator. Also, it can be spending some minutes walking your dog too. See, you won’t need any gym membership.

Keep in mind that after a hard training session at your gym, you need to listen to your body. After doing a hard workout, the number of immune cells present in your body will reduce temporarily, even their power for fending off intruders.

Pushing yourself to your limits while working out is dangerous for your immune system. Here your respiratory tracts will get affected like running nose and coughing will go hand in hand with long endurance training.

After three hours and several days of intense sports sessions, the chances of you getting sick increases and even your body’s defense system weakens.

How Can One Strengthen and Support The Immune System?

Training at a reasonable dose will assist in boosting one’s immune system. However, it will be better if you don’t sign up for an Ironman or 100K without having proper training. Just make sure to start slow. Then gradually build up the distances.

The best part of exercising is that it will reduce the chances of getting heart disease. Plus, it will keep your bones strong and healthy. Frankly, there isn’t an exact proof of how exercising can boost one’s immunity against certain diseases. Of course, there are various theories and none of them have been proven.

Some of these theories are –

Do you know exercising can reduce the release of stress hormones? Certain stress can increase the chances of getting sick. Lowering the stress hormones will protect you from all kinds of illnesses. Various studies show that people following a moderate and energetic lifestyle gain the benefit from starting and sticking to a good exercise program. The moderate exercise program consists of –

To feel more energetic and healthier, exercising can be the best solution. Not only it will make you feel better but makes your mind as well as body stronger. Just go ahead and hit the gym or join aerobic classes. If not, you can simply go for a long walk in the park or your garden.

To live a healthier and long life, you need to make sure your body and mind are at peace. The best way to do that is to be active and fit. 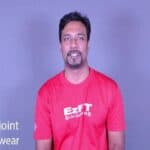 Relationship between the ankle joint and our footwear 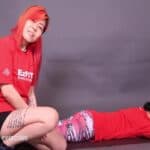 Lower back Exercises to ease pain 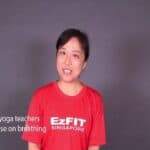 Why do yoga instructors emphasize on breathing 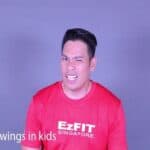 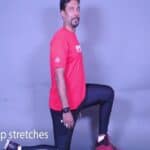 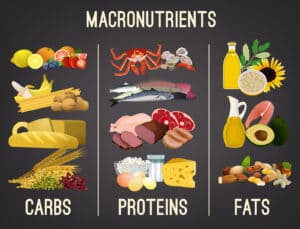 What Does Macros Mean in Your Diet?

What Does Macros Mean in Your Diet? Dieting is a great struggle for various people. Of course, as you start to restrict 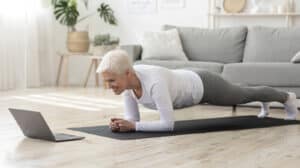 Movement for Seniors During the Lockdown

Movement for Seniors During the Lockdown The COVID-19 (coronavirus) disease pandemic had created a great amount of fear and uncertainty. This is 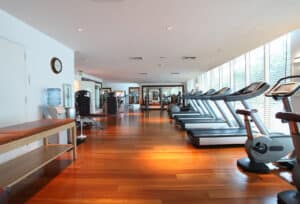 Personal Trainer at Home in Orchard, River Valley, East Coast, And Sentosa You need to know that your fitness goals and success