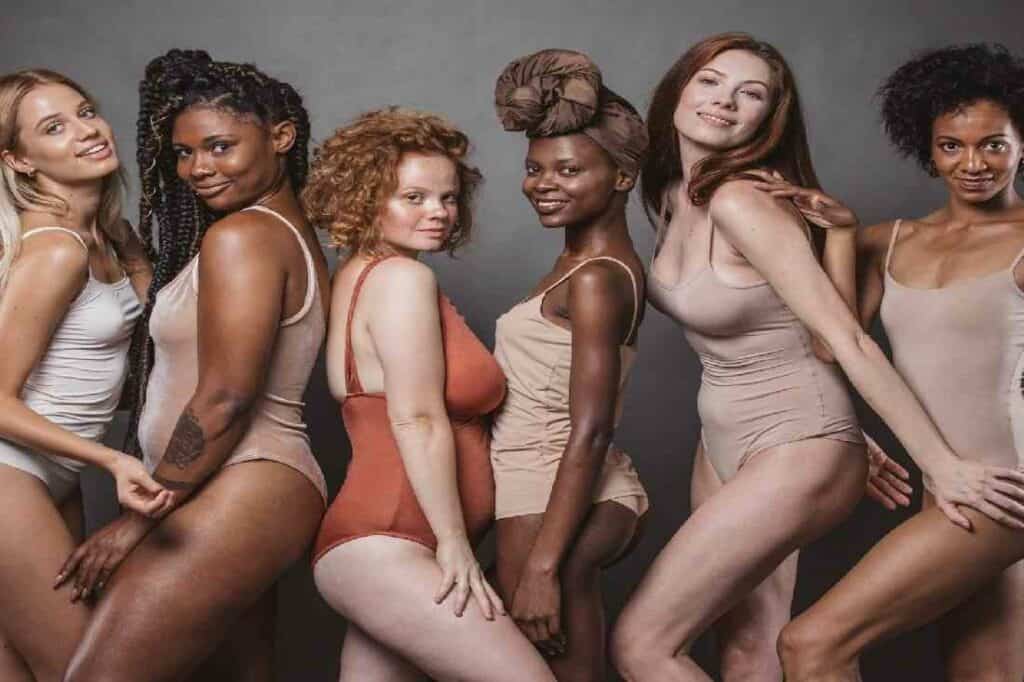 In case you haven’t heard of the internet crash, Adele is making a comeback. Earlier this week, the singer announced that she will be releasing new music later this month. The single, which will be released on October 15th, will be the first song she has released in six years.

Along with this news came two cover articles in Vogue and British Vogue, both published online on Wednesday. In them, Adele talks about everything from her upcoming music to her divorce and her new relationship.

She also talks about her weight loss journey, which first made headlines last year after she posted a photo of herself in a black dress on Instagram. In her recent interviews, the 33-year-old makes it clear: her goal with exercising wasn’t necessarily to lose weight, but rather to manage her anxiety, which stemmed in large part from her divorce.

She stated that her anxiety was so terrible in British Vogue. She learned a lot of tools in the therapy, session but somehow also got carried away. Furthermore, she realized the anxiety gets worse when you try to get rid of it. She explained that exercising made her feel better and she did find it helps her calm her anxiety. She noticed that it wasn’t scary when exercising.

According to her, it was never about losing weight. In the Vogue interview, she said that if she can make her body physically strong, she could feel and see that, then maybe one day she can express her emotions and make her spirit physically strong.

Adele ended up focusing heavily on training, a distraction she felt was necessary at the time. She said that it could have been knitting, but it wasn’t. In terms of exercise, she worked out two or three times a day.

She would do weights in the morning, then followed by hiking or boxing in the afternoon, and then cardio in the evening. She was basically free when doing these activities. These were done with the support of her trainers and yes, she knows most people don’t have the time or money to follow this routine: Of course, it’s not feasible for many people, which she admits.

Now that Adele is finally breaking her silence on her weight loss journey, she’s taking a non-traditional approach, defying public reaction to her changing physique rather than celebrating her newfound slimness. She openly states that she did it for herself and nobody else.  She had no necessity to share it. She did not find it fascinating. After all, it’s her body.

Honestly, it’s a healthy choice for her and quite refreshing for the rest of us, as per experts. Very often, weight loss stories of celebrities are meticulously documented, and this can be extremely provocative, sending the unrealistic message that if I can do it, so can you.

According to the composer, she has lost 100 pounds in a two-year period. It wasn’t something she advertised back then. She felt people are surprised that she didn’t share her successful weight loss strategies. As per her, many people are used to documenting everything on Instagram, and most people in her position would get plenty from a diet brand.

Besides her workout routine, Adele says so too that she has never followed a diet, despite what the tabloids have reported. If anything, she was eating more than what she used to because she exercises a lot.

As per her, it’s that people love to portray a divorced woman as spinning out of control, like and publicizing that she must be a cracker.  As always, she’s clear about one thing she’s still, and always has been, about body positivity, regardless of her size. People have been talking about her body for 12 years and they used to talk about it before losing weight. You don’t need to be overweight to be body positive, you can be any shape or size, which is what she feels.

There are millions, billions of TikTok videos, ads, and articles that clearly show every woman is beautiful and sexy in height and age. Here’s the catch: even if women post photos of their abs saying that they like them, the subject is still that it is all about their bodies. Even as they struggle to expand beauty standards, they still need to continue to associate feminine looks with feminine values.

It’s much easier to embrace body positivity for others than it is for us. Someone posts about self-esteem issues and it is responded to with hearts and shouts like “You are beautiful just the way you are” Meanwhile most women feel that when they look in the mirror, they worry about being fat. All this positivity hasn’t hurt the beauty treatment market. Women are still downloading tons of diet apps; cosmetic procedures remained popular during the coronavirus pandemic, even when people weren’t even going to the dentist.

Despite advances with more diverse models and clothing options, those who are in the positive body aging are not necessarily freer from insecurity than their mothers. The selfie generation has certainly spent more time thinking about their own image than any other. Eating disorders are on the rise among Gen Z.

Meta researchers found that Instagram reinforces teenage girls’ negative feelings about their bodies. Social platforms should encourage comparisons and connect looks with likes, which is poison for self-esteem.

Adele told British Vogue that she didn’t begin exercise as some way to lose weight, but rather to manage her mental health.  The singer said that it was thanks to my anxiety. As per her, working out helped her to feel better.

It’s conjointly necessary to notice that you just don’t have to change state to reap these benefits. In fact, a review printed in Sep 2021 found that magnified physical activity and fitness considerably improved the health and longevity of adults classified as obese, even after they did not lose weight (which several individuals do not). On the opposite hand, weight loss alone is not systematically related to these benefits.

Although worldwide people are talking about Adele’s weight loss, she herself is more focused on different changes. She clearly stated that it was never about reducing weight and being thin. It absolutely was all about being physically strong and getting the maximum amount of time daily not being on the phone. She explained later in an interview that she didn’t follow a diet, and the weight loss happened over two years through exercise.

People and doctors appreciate the tough decision that Adele took. In addition to dealing with anxiety, carving out time to exercise is a good means to feel connected to your body while not being distracted. Exercise makes one feel good and will facilitate a sense of relief to the body. Whereas exercising for the only real purpose of losing weight would possibly undermine it. Since most of the online news is regarding fitness that is primarily focused on weight loss. This can be arduous to separate the two. However, finding different motivations for moving your body — to realize strength and flexibility, to de-stress, or to stay up together with your kids, for an instance — is vastly beneficial.

Doctors warn that praising someone’s weight loss, even with good intentions, can be harmful. To say that weight loss is positive reinforcement is the understatement of the century.  Our culture is obsessed with the idea that people with small bodies are superior to people with large bodies. Celebrating Adele’s weight and not some other aspect of her fitness journey, like her increased strength or endurance or her mental health, sends the message that the only attribute that matters is a person’s weight.

The truth is that most people who lose weight gain it back. A lot of research done some years back has found that although most dieters lose weight in the short term, the average weight loss after two years was just two pounds.

When someone regains weight, which is inevitable for most people, they will remember all the compliments they received for being slimmer. That will only make them feel worse about their larger physique.

It turns out celebs aren’t like us. In her interview with British Vogue, Adele admits she’s had a lot of help on her fitness journey. She was basically unemployed when she did it and regularly exercised with sneakers. She understands it’s a rich man’s game. Frankly, it’s not feasible for a lot of people, and somewhat can be a bit embarrassing.

Being wealthy, Adele has been able to devote a lot of her time and energy to improving her health. Most people are unable to hire a team of people to help them in this way, nor are they able to take much time out of their day to exercise. Most of the people who can maintain their weight comes from dedicating their lives to it. Typically, they need to exercise at least an hour a day and still eat very few calories. Your number one priority must be keeping your body small.

Adele says in the interview that people are surprised that she hasn’t shared her weight loss journey. They’re used to people documenting everything on Instagram, and most people in her position would get huge deals with many diet brands. Adele told British Vogue, adding that people have been talking about her body since the beginning of her career, well before she lost weight. “I’m neither surprised nor surprised by this because my body has been objectified throughout my career,” she said in a later interview with Oprah on CBS in November.

Many people are understandably upset that Adele has lost that weight. It’s like Lizzo was on her juice cleanse and people were upset. For some, it feels like a betrayal because there are very few celebrities who don’t participate in the body hierarchy that most common people have.

Ultimately, celebrities don’t owe us their body. Basically, it is all about the autonomy of the body. If Adele wants to change her lifestyle to improve her health, that is great. If she wants to make her body smaller, that’s fine too. One does not have to explain their reason to anyone.

Dieticians and doctors hope fatter celebrities who are losing weight will use many online platforms to speak out against the oppression and exclusion they are experiencing before losing weight. Whether they want to or not is up to them.

ADELE’S WEIGHT LOSS IS LARGELY DUE TO HER EXERCISE ROUTINE

Adele’s workout schedule includes weightlifting and circuit training, moves which she’s been doing for three years in another interview with British Vogue, Adele said she’s been working out three times a day during the quarantine. She did weights in the morning, then usually went for a walk or box in the afternoon, and then did cardio at night. She added that she works with trainers like Greg Miele at Heart & Hustle gym in Los Angeles, California to get the most out of the whole workout.

Adele also confirmed that all rumours suggesting that she lost weight while on a diet are false.

For Adele, living a healthy lifestyle wasn’t just about reaching an ideal weight. According to her, it was because of her anxiety. If she exercised, she would feel better every day, and that too without using her phone. Ultimately, it made her fitter, stronger, and mentally happy.

Adele told British Vogue that she didn’t start exercising to lose weight, but rather to manage her mental health. Because of her wealth, Adele was able to spend much of her time and energy on improving her health. 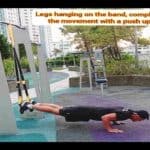 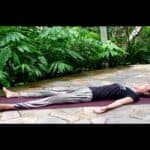 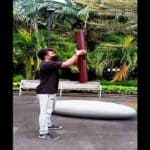 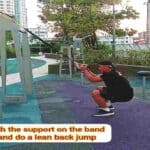 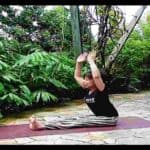 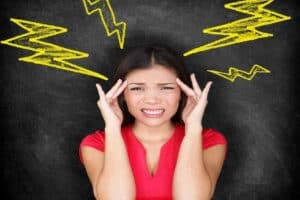 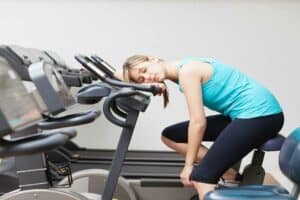 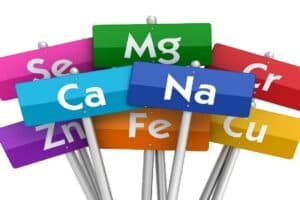