WHAT HAPPENS TO YOU WHEN YOU DON’T SLEEP FOR DAYS? 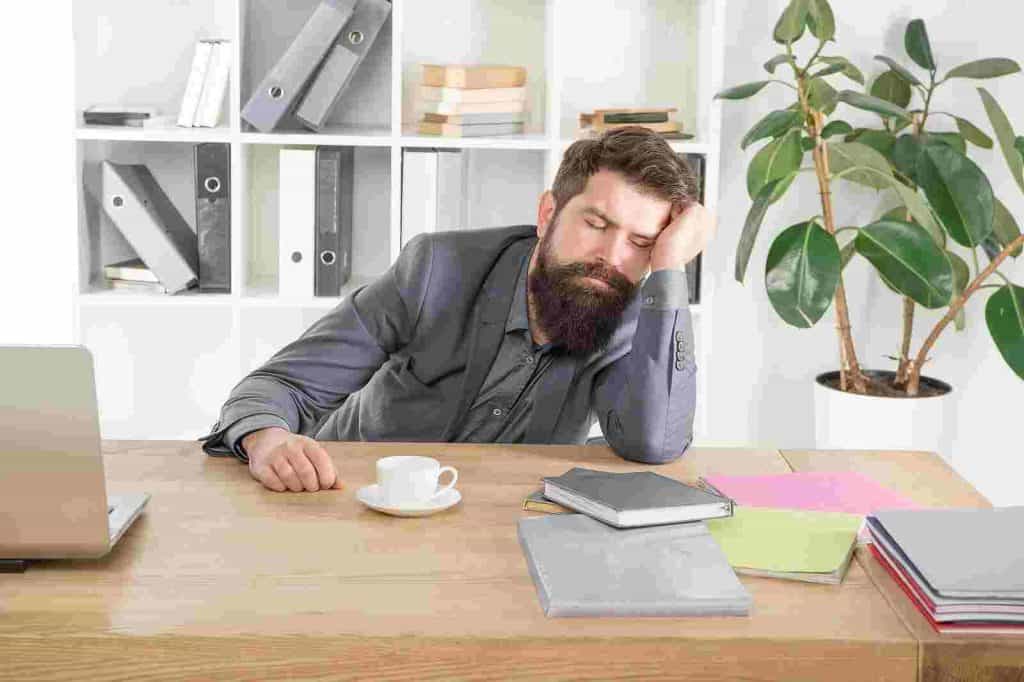 WHAT HAPPENS TO YOU WHEN YOU DON’T SLEEP FOR DAYS?

Each person is aware that good sleep leads to a healthy and happy life. Studies and many research works show that adults need to get at least seven to nine hours of sleep each night.

However, it would be alarming when your body is not getting enough necessary rest. The continuous topics to be covered overnight, important business deals, the tantrums of new-born babies, etc; are what makes people experience the lack of sleep. Of course, the occasional lack of sleep will not be a huge deal, still when it increases the sleep deprivation would end up becoming intense.

Furthermore, it would lead to a lingering effect. In certain cases, the lack of sleep can even lead to death. Well, the time has come for us to value and appreciate the necessity of sleep. A good night’s sleep with exercises and diet are the major foundation of good health.

Poor chronic sleep can increase the risk of suffering from dangerous medical conditions like heart diseases, obesity, diabetes, etc. When we are sleeping, our body would produce hormones. They help in the controlling of metabolism, appetite, and processing of glucose. There are even chances for poor sleep to lead to increasing the production of cortisol in the body, and this is called the stress hormone.

Skipping sleep would ultimately affect your body’s hormones and lead to less insulin. That along with a huge amount of glucose present in your blood can increase the risk of suffering from type 2 diabetes.

WHAT DO YOU MEAN BY SLEEP DEPRIVATION?

Just like the name suggests, sleep deprivation happens when you are not getting enough amount of sleep. You need to get at least 7 to 9 hours of rest each night. If not, then it can lead to chronic sleep deprivation and that would affect your day-to-day activities.

If you are a student, new parent, or busy employee, you would be familiar with this kind of situation where you must push off the sleep to get more work done. Frankly, it would seem to be a great idea, but people cannot go on without sleeping, even if they feel that it is possible.

Lack of sleep can bring in some of the unpleasant side effects that you do not want to have. Sleep deprivation differs for people in many years. The common symptoms or the so-called short-term deprivation symptoms are –

Whenever you are sleeping or taking rest, you are providing your body the chance for getting refreshed and restoring itself after a stressful day. It is never a great idea to deprive yourself of good sleep after a heavy day’s work.

DO YOU KNOW THE LONG-TERM RISKS CONCERNING SLEEP DEPRIVATION?

Every person is aware that just one night of inadequate sleep would make you feel cranky and tired the next day. But there is one thing that many people never realize; the risk that comes with a lack of proper rest.

A night without proper sleep will have a huge impact on your whole health. You can end up with many kinds of health issues like heart diseases, stroke, obesity, depression, diabetes, anxiety, etc.  At times going without sleep would make it tough for you to lose weight and that can lead to aging faster and even increases the difficulty of doing daily tasks like driving.

Some people assume that sleeping for an extra hour or two on weekends would easily make up for the lost sleep that you end up with during the busy weeks. Well, it is wrong. Your whole internal body clock gets thrown off and would make you end up with Sunday night insomnia. Just stick to your consistent sleep schedule and that can regulate your body’s clock. Of course, pulling an all-nighter would seem like a feat to celebrate, but you should think about what your body is going through.

WHAT HAPPENS TO YOUR BODY THAT LACKS SLEEP?

Following are some of the major aspects you would end up with when you do not get a good amount of sleep.

Loss of sleep would impair the body’s ability to fight off all kinds of illness. This would make it easier to get sick. Various research works show that there is a huge reciprocal relationship between your immune system and sleep. Also, you end up losing additional sleep when your body is fighting off the bug.

Now both a long sleep duration of more than nine hours and a short sleep duration of fewer than five hours have a negative impact on your heart’s health. Studies show that you end up with the chance of getting heart diseases and even stroke.

Lack of proper sleep can lead to the chances of getting colorectal cancer, breast cancer, and prostate cancer. Nowadays, overnight shift workers would take the brunt of this huge burden. The good news is that both women and men that sleep for seven or more hours each night get the best mortality rates in this group.

At times when you miss out on a night’s sleep, it would end up in some of the major thinking issues. Multiple studies show certain tasks were completed faster after a good night’s sleep. The functions of the brain like decision-making, memory, problem-solving, and reasoning become worse along with alertness and reaction time when the brain is deprived of sleep.

Missed sleep is the major reason for being forgetful. There is various research work to support that and even insomnia would have a deep impact on one’s memory and learning. Ask any physician and they would clearly state that sleep is necessary for the procedure of learning. A proper rest would help in locking information and making sure that it gets committed to the memory.

Of course, a lack of sex drive can make you perform badly or unsatisfactory during sex. Your sex drive hits rock-bottom when you lose sleep. The male testosterone levels reduce to a great extent when one sleeps for less than five hours.

Lack of sleep can even make you obese. It would add pounds even though you consume less food. Many studies show the relationship between weight gain and study among adults. A study showed that people who slept for less than five hours every night for three years gained a huge amount of weight and became obese. For those who slept for seven to eight hours were better on the scale.

Besides getting a huge waistline, people that are not getting enough sleep would have the risk of suffering from adult-related diabetes. Finding as per research work done on ten subjects showed that those who had seven to eight hours of sleep were able to avoid insulin issues.

You would be surprised to know that you are three to four times prone to get involved in car accidents when you do not get six or very few hours of sleep each night. Here the most vulnerable ones are commercial drivers, shift workers, business travellers, etc. Hence, make sure to think twice just before you get behind the wheel.

Sometimes if the health risk cannot convince you then you would have to do for the looks. Many studies clearly showed that people among the age group of 28-50 commonly suffered from uneven skin colour, fine lines, wrinkles, etc, when they were not able to get enough sleep. Here poor sleepers were more dissatisfied compared to their other counterparts.

WHAT HAPPENS TO YOUR BODY AFTER THE LACK OF 24 HOURS SLEEP?

At some point in their lives, many people would have pulled up an all-nighter. Now you will not look back to the sleepless nights as the fun times, still, you never realize the significance you are putting your body through.

Without twenty hours of sleep, you end up cognitively impaired. As soon as you cross the seventeen hours timeline without sleep, your memory and judgments get a huge hitting, and these would be along with hand-eye coordination skills. Slowly, irritability would set in. Along with feeling groggy and tired, you become more tensed and emotional. The pain receptors would become very much sensitive and even your hearing would get impaired.

In this scenario, your body would start to respond to the lack of sleep by producing more stress hormones. Also, it will begin to cease the entire glucose metabolism that can make you feel alert and fuelled. At this stage, your brain would come to a state of lack of sleep.

When you are in the local sleep procedure, your brain would shut down and sleeps in waves. Here certain regions and neurons of your brain would be resting while others would be active. Through local sleep, your mind would get recharged-in-between when your body is trying to restfully.

Sometimes local sleep will not get enough. In that case, your brain starts to get shut down and it reaches the trance-kind of microsleep. Here microsleep would last for around 15 to 40 seconds. However, you can see then come in the unnoticeable spells. Just think of micro sleeping like zoning out. You are aware of when it occurs and as soon as you zone back, your brain would be coming out of the blank stage and you would be just staring into the blank space.

Frankly, micro sleeping can happen when the human brain cannot get sleep. Local sleep takes the attempt to restore it and that too without taking any rest. However, the human mind would not be able to avoid sleep. Through local sleep, you might be able to try the attempt for restoring the body without taking rest, still, your mind would be active till it is active. As soon as it stops going on, it would succumb and microsleep.

CAN LACK OF SLEEP KILL YOU?

To put it in simple terms, when you force yourself to stay awake, you are putting or killing yourself. Various cases clearly show that certain people that did not sleep for a couple of days ended up getting killed.

Here how long does it take for a person to pass away and the exact cause of the death would vary from one person to another? Sometimes it can be a week or two, while others can perish faster or later down the line.

As soon as the body reaches the stage of no-sleep, it is in a stressful place. The immune system would be getting suppressed and that can make you feel more susceptible to many diseases. Not only that but you would also produce a lot of stress hormone cortisol, the blood pressure increases and the internal temperature reduces.

Here not all kinds of sleep deprivation would be voluntary. Sleep apnea, insomnia, restless leg syndrome, sleepwalking, etc would affect your sleep. You need to opt for medical help when you go through the following experiences –

Always go to your bed and try to wake up at the same time every day. This is a natural sleep cycle and tries to enforce it every day. Also, go for sleep-promoting food at night.  Try to get rid of greasy food and go for ones that have a high amount of whole grains and fatty fish for dinner. That way you can get a sound sleep. Along with that make your bedroom conducive to sleep. The temperature, dark binds, and comfortable mattresses are what you must make sure are perfect for your sleep. 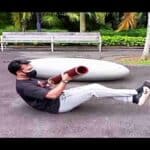 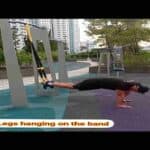 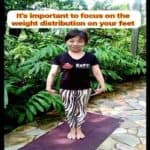 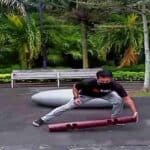 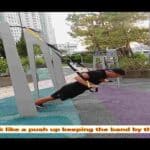 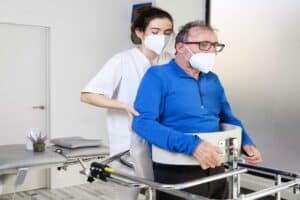 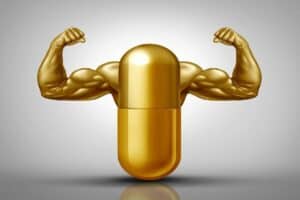 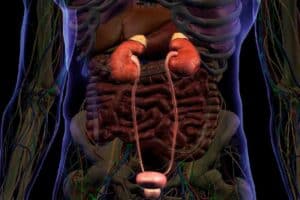